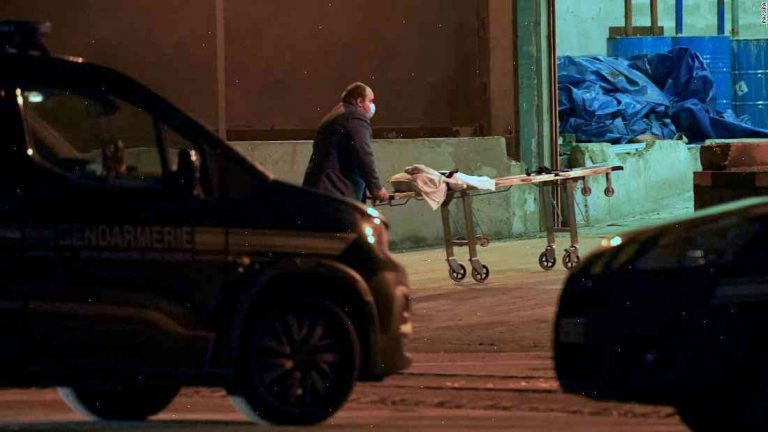 The war of words between Britain and France over the mid-week Channel tragedy escalated on Friday after France’s Alpine chief was expelled from the British winter sport body.

Francois Micheau was told by the British governing body, UK Sailing, he was no longer allowed to speak or work for British sport’s international federation.

Britain and France have been at odds since five British coastguards died at sea trying to rescue four French nationals.

France says a UK ship was the first to spot their boat and warns British events and rescue services have to hold their own closer to the coast.

“I’m not giving any more comment on the rescue during those three days,” Michele Marasco, a spokesman for the French ski federation and president of Ski International, told BBC Radio 5 live.

“This is my reaction. The behaviour of the Brits is unacceptable.”

Writing on Twitter, UK Sailing expressed “extreme shock and sorrow” at the news.

GPS data from British crews is key to tracking these boats

The French governing body tweeted out a picture of Micheau in 1985, saying: “Glad to see he’s still part of French sport”.

Micheau’s departure from UK Sailing follows French criticism that British vessels should not be allowed to compete in events at home unless they are given more help on the continent.

In a blog post responding to the weekend Alpine ski race ban, which France hosted, British broadcaster BBC Sport wrote that French teams would be “forced to make due with those resources they have at home”.

Some British coastguards took to Twitter to underline the extent of their partner’s help.

‘One minute to live’

A spokesperson for the French Ministry of Economy said the suspension from UK Sailing was a “security precaution”.

“The decree banning Micheau [from UK Sailing] is a clear retaliation against France,” they said.

“France has always done everything within its competences to help British passengers.

“There’s no excuse to oppose what France has been doing.

“The British rescue centre, at its border with French territorial waters, was the first to arrive and sounded the alarm.”

On Friday, an inquest in France revealed three of the dead could have lived had the call for help been made in less than a minute.

Alain Delord, 59, his son, Jean, 44, and his 37-year-old colleague René Gonfrere, all drowned while they were working off Saint-Benoit island off the coast of Corrèze.

They were responding to a distress call made from a boat in trouble two miles off the coast of the island, which lies near the French-Spanish border.

Coroner Clement Couson said the delay in the call probably led to the loss of control.

He told a news conference: “The rescue operation we believe should have been initiated at 0.58. As a result three men died.

“The fact that it was not done in a minute may have been a factor in them suffocating.”

In a statement published on Thursday, the British coastguard gave its thanks to its partner, the French operator MeteoGroup, for carrying out the rescue.

It said the boats involved were normally about three miles away and that the RNLI was alerted by the French rescue services, which it described as “doing everything possible”.

“Our responsibility is to respond to a call for help as quickly as possible,” the statement said.

“Sometimes this requires us to move on to another vessel but not necessarily a British vessel.

“Our rescuers are well-trained to operate on different platforms and were no less able to give emergency assistance to the French emergency service boat which made contact with the ambulances which headed out of the South of France.”

However, comments made in the statement were criticised by French ski federation president Michele Marasco.

He said the British coastguard should be commended for the attempt at saving the patients, even if the timing could have been better.

“What about the time the rescue request came in?” he asked.

“The moment had to be a minute to live.

“It can not be judged on the speed but the response, and that we did give the necessary and professional response is what matters.”