Written by by Catherine Earp, CNN The Smithsonian Institution faces challenges from weather as well as climate change. With all 267 of its museums offering something for everyone from art to science, the “Great… 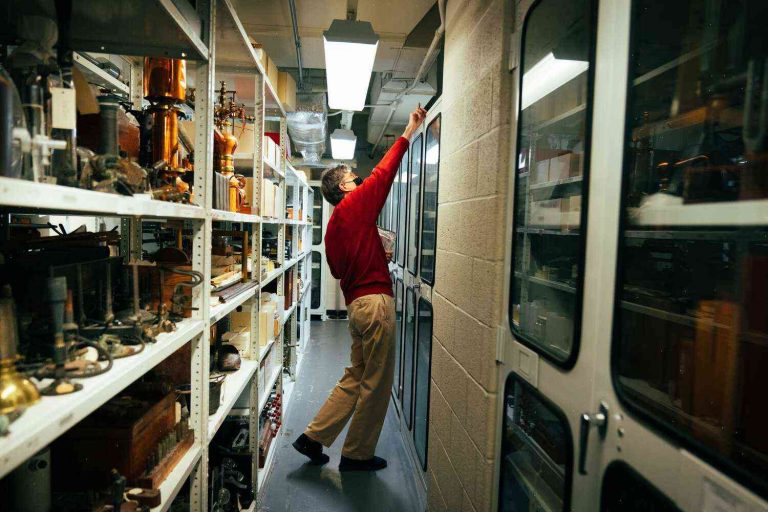 Written by by Catherine Earp, CNN

The Smithsonian Institution faces challenges from weather as well as climate change.

With all 267 of its museums offering something for everyone from art to science, the “Great Gallery” at the Smithsonian’s National Museum of Natural History regularly hosts thousands of tourists and business travelers from around the world. They face an onslaught of different culture in all its forms.

But now the museum has released its first climate change report , a glimpse into the impact the rising temperatures and sea levels will have on them. The document highlights the conservation and climate science research that is taking place here on both a national and international scale and the precautions the Smithsonian has put in place to protect both the museum and its patrons.

“It’s a wake-up call, a reminder of just how impactful climate change can be,” says assistant curator of macroplastic and research Alia Condon, who helped lead the report’s development.

“I feel that museums and science museums, especially ones that attract a lot of international travelers, have some sort of obligation to explain climate change and work on reducing emissions.”

The Smithsonian report discusses specific risks from climate change specific to individual museums, the first of which is rising water levels.

While a low-lying area of the National Zoo, including exhibits, is under threat from a rising sea-level, the American Museum of Natural History (AMNH) is particularly at risk. For that museum, which receives about 4 million visitors a year, large sections of the East Front of the museum already lie below sea level and future concerns include flooding from storm surges, water intrusion into the building through crumbling floors and a moveable exhibit called “Sunken Cities,” which lies half-submerged in the Museum’s basement.

Unfortunately, the report also states that the museum’s main exhibition spaces, the Herbert F. Johnson Planetarium and its surrounding area, are at the greatest risk. Curators are currently struggling to adjust to the changes.

“It’s almost poetic how it appears,” says Smithsonian senior vice president of operations and construction Rob Weil. “They’re 30- or 40-year-old structural systems, so we have to make the tough calls to adapt, but at the same time we are conserving that material and we have to protect the assets.”

The main problem on the Planetarium’s terrace, Weil says, has been water infiltration through rotting plywood, as planking underneath the structure is rotting away, and plaster has been eroded due to high humidity, which is decreasing at the same time.

“It’s not that if it were just a different environment it would be more resistant,” he says. “For us it’s been one of our top priorities to preserve our physical exhibits and make sure they can be displayed, both for our patrons and the organizations that partner with us — there’s a lot at stake.”

Locations across the world at risk

But the issue is not limited to just the historic buildings. At the James Madison Memorial Gallery of the American Art Museum in Washington, DC, the exhibition cabinet stands in 10-year-old water logged bricks. On display are ships from the Civil War, Oceania and the Americas.

“You can see the water clearly, water is around the back of the Navy building,” says Georgia Barbet, acting director of the museum. “We’re concerned about those roofs and leaks, and as things are kind of warming you’ve got buildings with a lot of stress from water intrusion.”

Other museums also have high-risk areas, although Barbet believes the level of risk depends on the exhibits and exhibits themselves.

“The D.C. government is currently working on protecting outdoor exhibits on the Mall, which has been created in the style of Art Deco buildings,” she says. “For example, it’s very flat with huge columns and infrastructure to hold them up. We’ve put a new waterproof wall under one of those columns to protect it from future leaks.”

Despite the Smithsonian Institution receiving over $1 billion in annual visitor spending, Barbet says they are receiving unprecedented levels of demand for maintenance and preservation.

“As we see buildings need to be looked at more and more, there’s less time,” she says. “When you’re a traditional organization that has the capital to do it, you do a replacement every 50 or 100 years, but now you’re seeing those needs growing exponentially.”