Metrolinx has agreed to a new date to complete work on the Crosstown LRT, lowering the overall cost of the construction project by $177.2-million. The transit agency had been scheduled to complete the project… 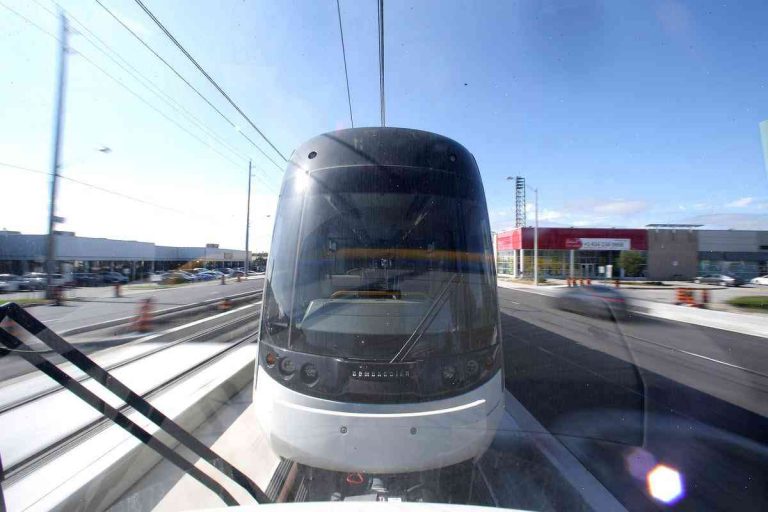 Metrolinx has agreed to a new date to complete work on the Crosstown LRT, lowering the overall cost of the construction project by $177.2-million.

The transit agency had been scheduled to complete the project by 2031, but under a new agreement signed with the Ontario government, the completion date has been moved to 2026. The new completion date is an automatic adjustment to Metrolinx’s original 40-year contract with the province.

In a release from the provincial ministry of infrastructure, the new cost of the project is $4.79-billion. Construction of the system has already been completed, but a portion of the track system has to be replaced before transportation will begin.

“The level of activity is increasing as the track alignment is repaired, and the Crosstown line is approaching completion,” officials said in the release.

Metrolinx CEO Elinor Caplan hailed the new deal as a key part of the transit agency’s plan to modernize and expand the transit system across Ontario.

“It’s obviously a very significant milestone, it’s the long-awaited implementation of a number of critical elements of the Transit City plan,” Caplan said.

“The financial details and adjustments announced today are consistent with the agreement reached between Metrolinx and the Province,” Caplan said. “With this in mind, today we’re able to announce the successful implementation of significant elements of the Transit City plan.”

As part of its sweeping promise to revitalize the Toronto and Hamilton transit systems, in 2014 the provincial government contributed $1.6-billion toward the Crosstown project. Other partners include the federal government, which chipped in $262-million, and major partners Hydro One and Ontario Power Generation.

Metrolinx said it will run the Toronto and Hamilton high-speed trains, marketed as the GTA to GO rail, until April 2020, when the City of Toronto is scheduled to take over the system.

The Crosstown project’s nine stations are being built along a corridor taking the rapid transit tracks from Scarborough Centre subway station to Downsview station in downtown Toronto.

“The construction, refurbishment and rehabilitation of the 11 Metrolinx stations along the Crosstown Light Rail Transit line will mean a faster transit system to downtown Toronto, to hundreds of thousands of residents, business owners and commuters,” Caplan said.