Sandy Dushaw was 40 years old when she volunteered to run the Coast Guard on Thanksgiving Day. “I’ve been an adrenaline junkie most of my life,” she said. “There are no problems we can’t… 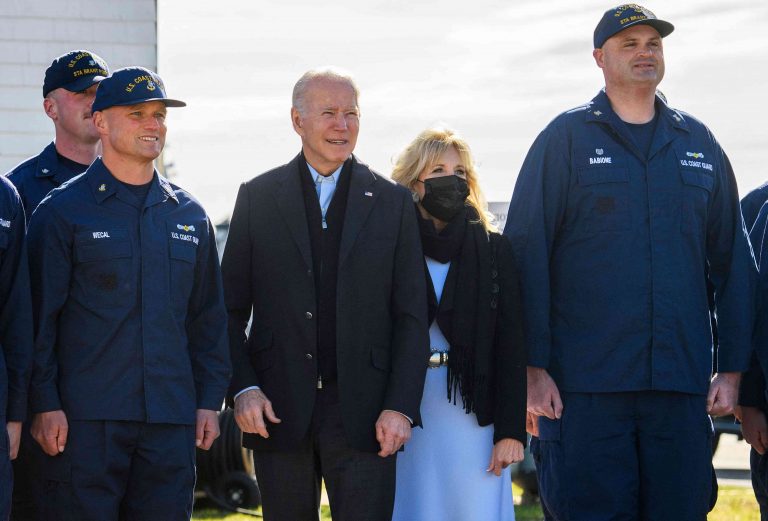 Sandy Dushaw was 40 years old when she volunteered to run the Coast Guard on Thanksgiving Day.

“I’ve been an adrenaline junkie most of my life,” she said. “There are no problems we can’t overcome with a little effort.”

That is, Ms. Dushaw doesn’t know her Army HOS numbers, but she knows how to command someone. In fact, she and an artillery brigade commander were reorganized earlier this year, in large part due to their effectiveness on the holiday.

In a move, critics in the Coast Guard’s top leadership called “arrogant” and “irresponsible,” the two women donned full firefighting gear and parachuted down from a helicopter during the five-minute, 5,000-foot descent. They each had to learn how to control a fire hose, using an equipment bag, changing out the hose and wiping it back on the truck when it gets too hot.

With the support of the local Red Cross and the U.S. Coast Guard District E Island, Hurricane Florence evacuees arrived for relief supplies. Ms. Dushaw received a message from the new commanding officer of Red Run, giving her a deadline to move her command center.

“When I grabbed the hangar door, I knew that the region was not going to shut down,” she said.

Army Capt. Maj. Eric Rose, the brigade commander, said he met Ms. Dushaw a few months ago after an ice storm blew across the District E island, and that she was interested in putting together a “Make Nice” convoy to bring supplies, and people, to local Haitians.

The weekend before the Thanksgiving operations, Ms. Dushaw and Capt. Rose set up a virtual command post for the local Coast Guard detachment, including directly fielding ship calls and direct command of all resources, and then for outbound mobile users to access the ship’s cargo list, contact docked ships for obvious oil spills and for salvage.

“We don’t need any ideas,” Ms. Dushaw said. “We know what needs to be done. The challenge is execution. That’s where I bring my experience from moving operations for victims, as well as mobilizing units for humanitarian operations.”

Dr. Katrina Podolsky was the region’s emergency medicine officer in response to the deadly natural disaster. She traveled from her home in Maryland to the District E headquarters, and put her boots on “three feet deep in mud,” to provide medical care to disaster victims and volunteers along the flood barrier near the flood wall.

Mrs. Podolsky’s 18-year-old daughter cared for the patients, in part, by bringing in food and supplies. During her visit, the Dushaw team took over the medical office, allowing patients to call for treatment and getting the media and the Red Cross personnel to the scene within two hours.

“Dr. Podolsky’s prompt professional response and the on-the-ground calmness with which she handled the chaos was critical to the emergency response,” Ms. Dushaw said.

During a rare moment, Ms. Dushaw was able to fly to San Juan, Puerto Rico, to provide other medical treatment, working alongside aid workers and doctors on the island. Mrs. Podolsky, she said, made sure that the “little humans” she cared for were taken care of at all times.

Beyond Operation Just Do It, Ms. Dushaw and Capt. Rose are finding that their public-service career — which involved no training in hoisting members out of the surf — is paying off in many ways. Over the next two weeks, the two will go through a three-week instructional curriculum in physical training, weapons training and life-saving skills.

On the inside, Ms. Dushaw and Capt. Rose said they are no more likely to be viewed as “angry angry women” now, but are just as focused on “buying groceries, writing thank-you notes and dealing with the stress of the financial situation of the Military Operational Family Policy.”

“We are very, very fortunate to have employment on the Coast Guard,” Ms. Dushaw said. “Everyone treats us with respect. A little bit of air, over an uncluttered sense of who we are.”

Karga Seven, Peter Hess agree to separate for the sake of art