Visitors to the National Gallery of Art’s new wing may not be able to touch the world’s most expensive painting — at least not at first. The 1,300-year-old “Salvator Mundi” by Leonardo da Vinci,… 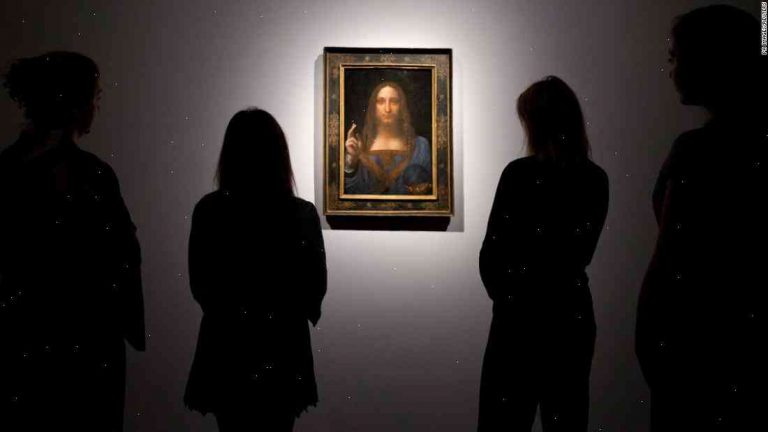 Visitors to the National Gallery of Art’s new wing may not be able to touch the world’s most expensive painting — at least not at first.

The 1,300-year-old “Salvator Mundi” by Leonardo da Vinci, sold last year for $450 million, remains shrouded in secrecy, and the museum’s curators have indicated they may not be able to lend it to public viewing even after its completion this year.

When the gallery opened the pavilion for the Goya show last spring, it said the painting was still undergoing extensive restoration, making it too fragile to leave the walls.

In December, art historian Philipp Lenssen told The Guardian that any loan of the painting to the gallery would require its return to Italy for close, and more extensive, treatment.

The National Gallery is expected to complete construction of the wing in September and open it to the public in spring 2021. A spokeswoman told the Post that “at present” the gallery had no plans to lend the painting to other museums, though the spokeswoman did not have any further comment.

According to Lenssen, the restoration is a necessary “reprisal” on behalf of Leonardo’s Italian patrons, after they were turned off by the quality of the canvas in the painting — a thin layer of pigment with slight smudges that impeded the view of the face.

The National Gallery did not immediately respond to a request for comment from the Post, but the museum has made no secret of its discomfort with the pressure put on them by Leonardo enthusiasts over the painting’s remarkable price tag.

The inscription on the 1887 Sotheby’s catalogue of the painting reflects such unhappiness: “In any event, the year 1887 was too little and the economy of fashion too much.”