Iran is prepared to resume nuclear talks with six world powers after the end of November, when the 2015 deal between the Iranian government and the U.S. and five other countries that lifted nuclear-related… 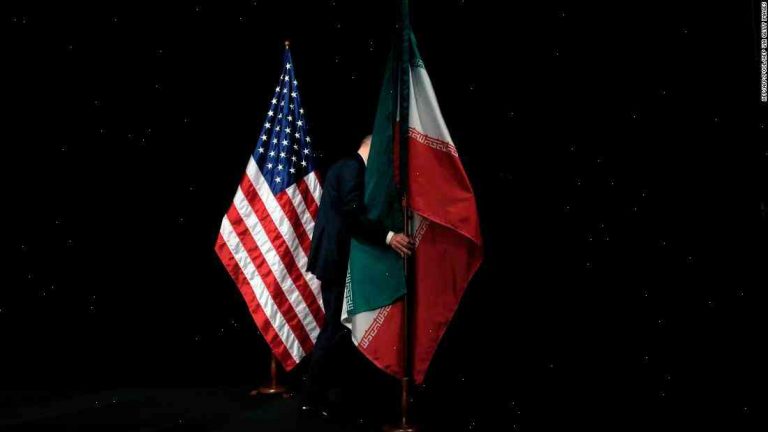 Iran is prepared to resume nuclear talks with six world powers after the end of November, when the 2015 deal between the Iranian government and the U.S. and five other countries that lifted nuclear-related sanctions begins to expire, according to Foreign Minister Mohammad Javad Zarif.

“After Nov. 4, we will decide on the way forward,” Zarif said in a television interview in Washington. “I can assure you there will be cooperation with the powers that are not parties to the agreement, including the United States, if we want to do so.”

The remarks came on the same day that U.S. Secretary of State Mike Pompeo said Washington would soon announce new steps aimed at mending the ruptured relationship with Iran. Those steps could include new economic sanctions or a renewed U.S. campaign to get other countries to cut off investments in Iran.

“Following our sanctions announcements in September and October, we intend to release additional information shortly regarding the measures to be taken to better enforce our sanctions on Iran and curb its malign activity,” Pompeo said in a statement Friday night.

The Trump administration in August began reimposing sanctions that had been lifted as part of the deal. The new measures limited Iranian oil exports and blocked Iran’s access to international financial transactions and banking services. That was followed by the passage of a new round of sanctions in November that hurt Iran’s automotive industry, metals trade and purchases of foreign aircraft and spare parts.

Pompeo has repeatedly said that he hopes to keep Iran in the deal, but Iranian President Hassan Rouhani has made clear he will not agree to make significant changes to it. Rouhani has vowed to never accept a deal in which the United States ends up controlling Iran’s nuclear program.

The United States is the last major party to the agreement, which was struck amid an international sanctions campaign over Iran’s nuclear program. China, France, Germany, Russia and the United Kingdom remain parties to the agreement. However, Italy, South Korea and Japan have severed most ties with Iran.

He accused the United States of failing to live up to its obligations and described the November sanctions as the toughest round of sanctions the Islamic Republic has faced in its history.

“Regarding the Americans’ sanctions announcements, both events led to serious consequences that have affected Iran’s economic, financial and trade sector,” Zarif said. “The Americans’ economic pressure has resulted in substantial problems that Iran needs to solve and to rectify, and the Iranians will solve these problems no matter what [may happen] in the future.”

But the foreign minister warned against attempts to discredit the agreement, saying that Iran would not yield to “pressure” and would continue its nuclear program and its support for regional peace and stability.

Zarif has been traveling on a tour of China, Russia, Europe and the United States, where he said he has been urging his counterparts to resist pressure to give up the deal.

He was scheduled to meet with Russian Foreign Minister Sergei Lavrov, who is facing a potential backlash from President Vladimir Putin’s critics who charge that the agreement was weakened by the U.S. side.

“My message is that this is about Iran’s survival, it’s about the survival of the Iranian nation,” Zarif said. “They say that it is or is not an agreement that prevents us from developing nuclear weapons. I say it is no agreement.”