Written by Staff Writer (CNN) — A video of a Governor of the city of Hamedan slapping a man in the face has gone viral in Iran. The video shows Massoud Marandi slapping the… 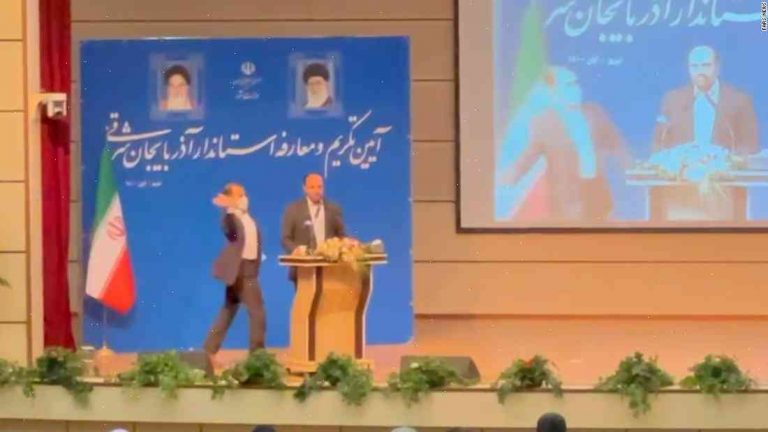 (CNN) — A video of a Governor of the city of Hamedan slapping a man in the face has gone viral in Iran.

The video shows Massoud Marandi slapping the man and slapping him again when he turned around to meet the Governor at a reception hall.

Later at a news conference, Marandi maintained he was only trying to grab the man’s shirt but now said he was shocked by the man’s behavior.

Just two days before the start of the elections, Mahmoud Mousavi, who led the 2009 election protests, reappeared on live TV.

The country’s leader has repeatedly ruled out any contact with Mousavi or his supporters and he claimed the presidency of Mohammad Khatami during the reformist period of Iran’s history was “the result of a vote-rigging trick” by some rival candidates.

Among the candidates who addressed the Iranian people on TV was Ebrahim Raisi, whom Khamenei had handpicked to run against him in the elections.

While Mousavi did not participate in this year’s presidential elections, he has published his manifesto on his website.

As expected, Raisi won the run-off election and is now running for the position of president for the fourth time.

Marandi, on the other hand, was defeated by the incumbent Alireza Madani, who receives the nomination for the third time.