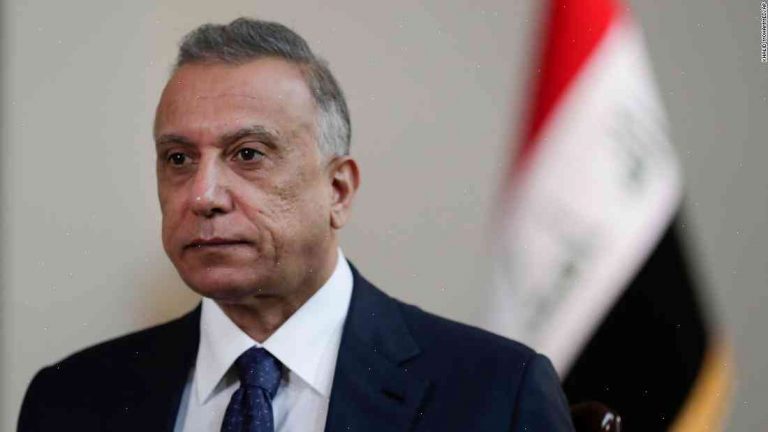 This article is over 11 months old

Iraqi Prime Minister Haider al-Abadi has survived an assassination attempt while leaving a Baghdad mosque after delivering a sermon.

Unidentified gunmen shot Abadi outside the al-Mustafa mosque in central Baghdad and hurled his limousine in the direction of Samarra, a stronghold of the Islamic State militant group, military and security sources said.

The blast went off just after the prime minister left the mosque. Police cordoned off the scene in the capital.

Lawmakers were voting on whether to allow him to serve a third term when the explosion went off, said a parliament member who was not authorised to speak to the media. The speaker, Salim al-Jubouri, told parliament that an official report had been sent to authorities on the incident.

Abadi, a Shiite Islamist who has sought to broaden the political influence of Iraq’s largest Shia Muslim group, is widely expected to win a second term but likely with a smaller majority.

The timing of the attack – at a time of diplomatic turmoil over the north of Iraq and Lebanon – is particularly ironic, coming as it did a few days after America’s withdrawal from Syria.

Abadi was accused by some Iraqi politicians of failing to tackle corruption, a subject with particular resonance ahead of a parliamentary election expected in May.

An official security source said three suspects were detained in connection with the attack.

Abadi declared victory over Islamic State after its forces were driven out of the city of Mosul, the group’s last major stronghold in Iraq, last June.