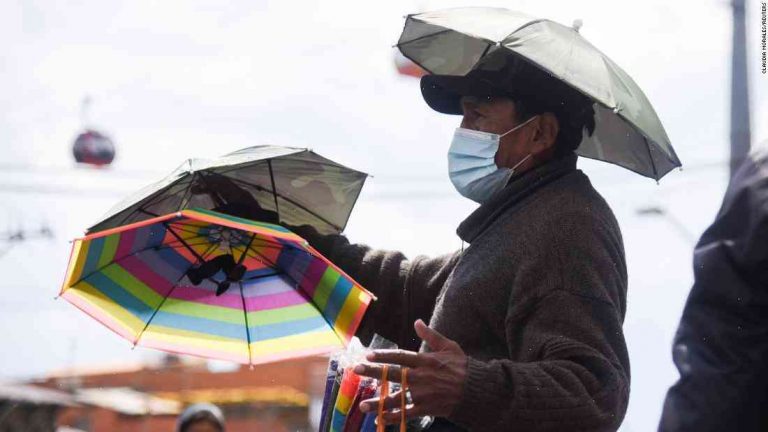 Extreme ultraviolet radiation (uV) is said to be the main cause for frost and flash-floods in parts of the highlands. These changes have resulted in a complete overgrowth of the vegetation, causing the damage on which the plants depend.

Eight million hectares (20 million acres) of trees and shrubs cover northern and central Bolivia’s Atacama region, where temperatures exceed 50C in the summer. The region’s mild winters – 32C, after which the humidity is low and atmospheric pressure generally lower – has allowed the vegetation to take root in previously virgin soil. In the highlands, around 10% of the vegetation must be removed before any form of sustainable growth can take place.

The issue has been a source of controversy since President Evo Morales called for a moratorium on deforestation, arguing that it leads to “extinction” and that deforestation violates Bolivia’s commitments to the United Nations Millennium Development Goals.

“This sun isn’t normal,” Fernanda Arteaga, a biologist from the Natural Resources Engineering Research Center, told DW. “The rate of deforestation in the Andean highlands has gone down [recently], but it’s been going down over 10 years and there is still a lot of land to be cut.”

The researchers want to know how much plant growth has been affected. Then they want to assess the impact of the climate change on tree species, and to see whether more can be done to protect them.

“We need to establish the frequencies of UV radiation in order to map plants that are prone to suffering the most damage when UV radiation exceeds 15-17 percent,” said Carmen Hala, a project manager.