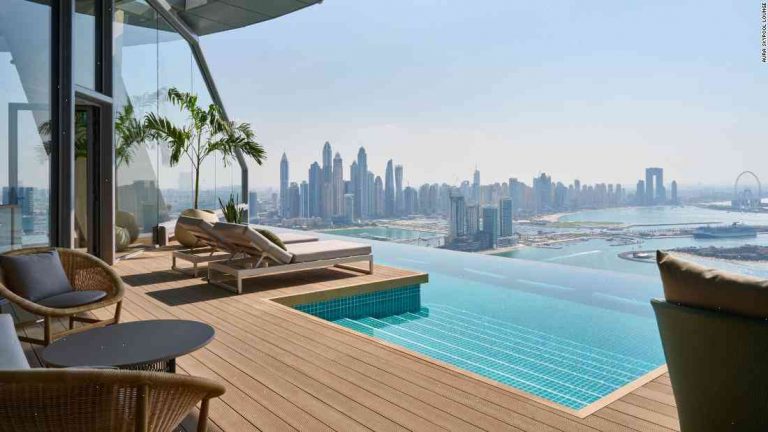 A pool in Barcelona is set to overtake Miami as the world’s most expensive at 129 metres (492ft) tall. The almost cost-free water feature, which takes visitors to the top of the city’s Central Park, costs €7 (£5.92).

The only exception is for individuals to reserve the platform for a special ceremony in front of city hall, a crime punishable by a maximum fine of €22,000.

Not everyone will feel so flush, however. The swimming space, complete with bed, showers and restaurant, can only be accessed for a minimum of 30 minutes a day.

The €7 swim is just a small part of €65m spent on the Central Park as part of the city’s £1.5bn Marina Square regeneration, a radical redesign of the area.

One attraction visitors will miss, however, is a feature known as the “wing,” which experts claim could be disastrous if it was applied to the building itself.

Construction workers were preparing to install a wind tunnel to simulate the structure’s characteristics, hoping to stop noise if it did become the building’s “wing”.

“But according to professionals, that would not be the end of the world, it would be a big headache but not really dangerous,” one local told AFP.