Image copyright Reuters Image caption Rescue workers in the town of Janozhegovsk At least 11 people have been killed and dozens more are thought to be trapped after a mining accident in Russia. Rescue… 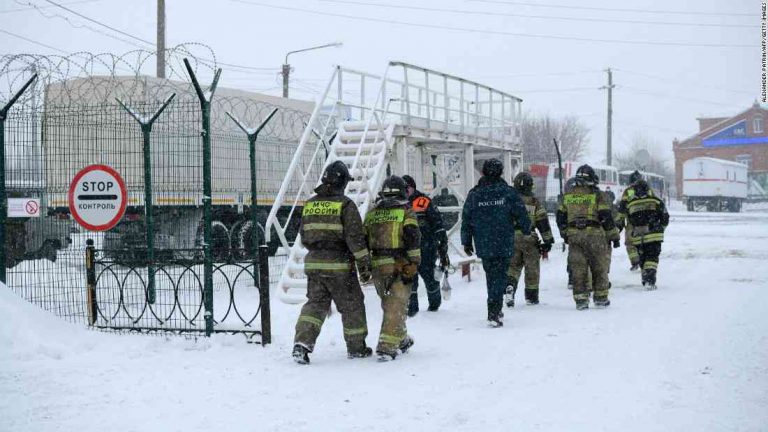 At least 11 people have been killed and dozens more are thought to be trapped after a mining accident in Russia.

Rescue workers are still looking for survivors after the accident in a mine near the town of Janozhegovsk.

Footage showed miners using shovels and pickaxes to pull survivors out of the mine, which is next to a river.

At least 30 people were rescued, according to the Russian Emergencies Ministry.

Latest reports say that workers were bringing out 11 people alive.

It is unclear whether the five survivors pulled from the mine are the same people pulled out alive earlier.

It is also not clear how many people could still be in the mine, which is about 110km (70 miles) from the border with Ukraine.

The Emergencies Ministry says it fears that “new tragedy” may occur.

Russia’s Federal Commission for Mine Safety said rescue efforts were hampered by the lack of adequate equipment and adequate communication with rescuers on the scene.

“The situation is complex and has become more difficult, the patients are in distress and the bodies of the deceased are outside the mine,” the commission said in a statement.

The commission said a tunnel could be half a kilometre (one mile) deep and that the mine had previously suffered from difficult conditions – two mines had been forced to shut down in 2017 because of danger to workers.

The Urals are Russia’s largest coal producing region and a major region for metals. The region is also home to a traditional metal-producing town, Ulan-Ude.

Hidden elements of the cloud of invisibility