Written by By Sam Whitman, CNN Miami, Florida Who: Gustavo Machado Ventura, an architect who has been denied permission to leave the country What: “Venezuela o Cuba? No. A Cuba full of human rights”… 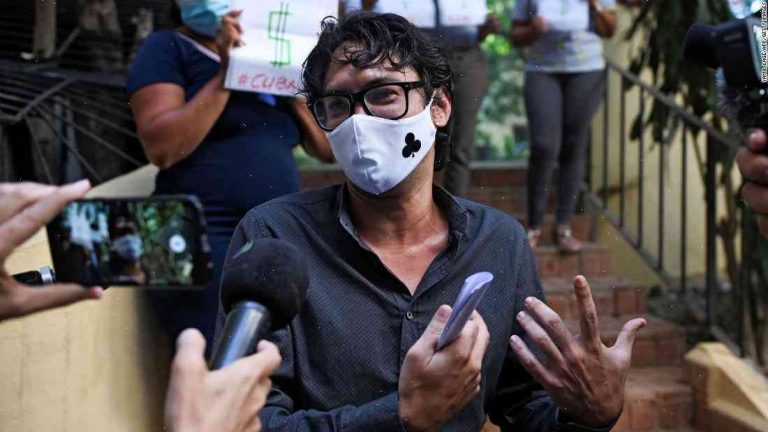 Who: Gustavo Machado Ventura, an architect who has been denied permission to leave the country

What: “Venezuela o Cuba? No. A Cuba full of human rights”

What he’s protesting: The repressive regime under which Fidel Castro ruled Cuba until his death in 2016, and the one currently ruling the country.

For the past two years, Machado Ventura has played a role in the annual International day of Solidarity with the Cuban Five, a group of men who were originally charged with spying on the US and were later convicted and given long prison sentences.

Though his name might not be familiar to anyone outside of Cuba, Machado Ventura has built up a strong reputation within the exile community as an ardent critic of the communist regime and the Cuban government. In fact, his family has lived in exile in the US for three generations.

Known for wearing a plain T-shirt with slogans like “Cubans Free” and “Dissidents No!” at his protests, Machado Ventura also carried a jar with the Communist Party’s former slogan — “To the greatness of the motherland” — which he once used at a demonstration.

D.C. schools decolonize Thanksgiving — and they need your help