GIANTS, Libya — Sudan’s longtime military leader and the country’s ousted prime minister agreed Sunday on a deal that will allow them to form a government with full power and make them members of… 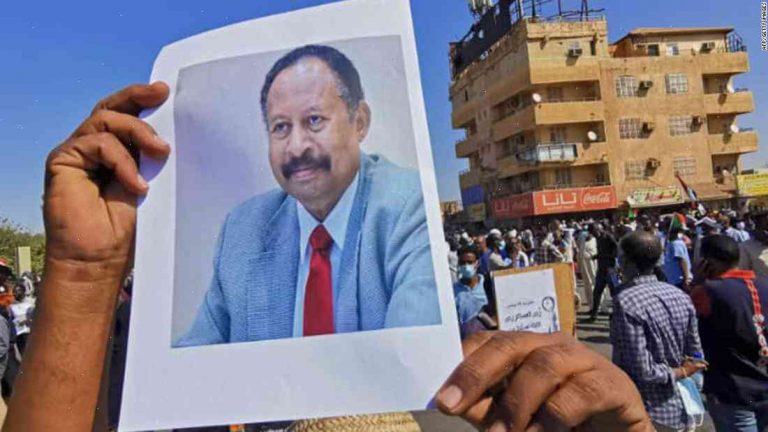 GIANTS, Libya — Sudan’s longtime military leader and the country’s ousted prime minister agreed Sunday on a deal that will allow them to form a government with full power and make them members of the outgoing administration.

News of the deal came amid speculation over al-Mahdi’s future. Local media reported that he had asked for the resignation of Prime Minister Youssef Kandil and would form a government on Sunday. However, a military official denied that al-Mahdi has submitted his resignation, saying that he will remain in power.

The statement released by the office of the prime minister later confirmed that al-Mahdi had resigned.

Until the agreement, al-Mahdi, 66, had said he was willing to step down from the country’s top political post, but had not said he would agree to return to the post of president of Sudan. Al-Mahdi’s fate was expected to influence the fate of Bashir, who is wanted by the International Criminal Court on charges of war crimes in Darfur.

The U.S. State Department had also grown increasingly concerned that al-Mahdi’s departure would put Sudan on the path to political and economic chaos.

The newly formed cabinet is expected to be announced today or Thursday, based on a meeting al-Mahdi’s deputy, Amed Abdullah Abdelrahman, held Sunday with Khartoum’s legal council, the Sudan News Agency reported. The military meeting Monday is expected to endorse the deal, with most of the key members of Bashir’s government attending, the agency said.

Under the constitution, the first Khartoum council meeting is due to convene in early October. That meeting is set to debate candidates for prime minister as well as for members of the cabinet.

Last week, Bashir acknowledged in a nationally televised speech that he had agreed to Bashir, 74, and al-Mahdi’s appointment.

But as the clock was ticking toward the deadline for parliament, which is supposed to set the presidential and parliamentary positions for the transitional government, the whereabouts of al-Mahdi were unknown. Information Minister Ahmed Bilal Osman has described al-Mahdi as “ambushed.”

The country’s security services have continued to arrest political leaders ahead of the naming of the new government. On Friday, the cabinet was calling to attend a committee meeting called to discuss the U.N. Secretary-General’s recognition of South Sudan as an independent country, but the Sudanese security officers prevented the session, arresting three members of the National Congress Party and arresting two others.

On Saturday, Ibrahim al-Gadir, a government spokesman, accused foreign spy services of trying to overthrow the government by allowing al-Mahdi to leave the country.

National Congress Party members reacted with fury to Al-Gadir’s comments. “This is really unfortunate. It seems to me that he doesn’t even understand the gravity of what he is saying,” said Abdallah Koutan Abdi, a senior party official.

“If all political leaders and lawyers accept it, Bashir has a chance to run for a new term,” he said.

The Sudan News Agency quoted al-Mahdi on Sunday as saying: “We have always been called what is now called agents of the West and they called us traitors. I assure you that we are not.

“We are ready to face them in order to recover Sudan from these enemies of peace and unity.”

Ford Teams Up with Semtech to Design American-Made Semiconductors