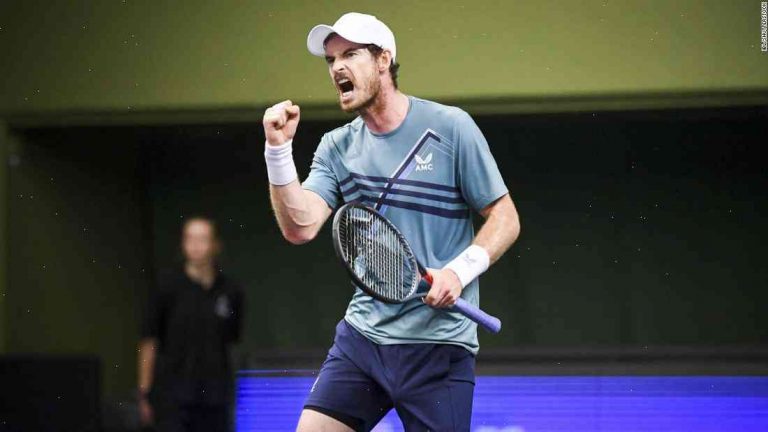 Andy Murray was under pressure from Ivo Karlovic, who almost hit aces a minute

Karlovic hit a season-high 67 aces in the first set of their last-16 match, and converted seven out of 10 break points, but Murray made light work of the finish.

The Scot was broken four times and it required all his defensive nous to survive, at one stage being pegged back to 5-3.

Murray overcame the Croatian 3-6 6-4 6-3 and will face another Croat in eighth seed Borna Coric in the last eight.

The top-seeded Briton, who suffered a shock defeat by Sam Querrey in the US Open fourth round in June, was always in control in the second set, just as he had been against his former US Open final opponent.

Karlovic served a double fault to end a 39-shot rally and Murray claimed his serve with his 14th ace of the match, although the world number three had made a poor first shot to give Karlovic the chance to break back at 4-4.

Murray broke for the fourth time to take the set and, although Karlovic broke for a third time early in the third, the Wimbledon champion showed good composure to hold and eventually break once more when Karlovic hit into the net.

Karlovic’s eventual double fault left Murray to serve out to claim victory and a quarter-final meeting with 22-year-old Coric, who beat Joao Sousa of Portugal 3-6 6-3 6-4.