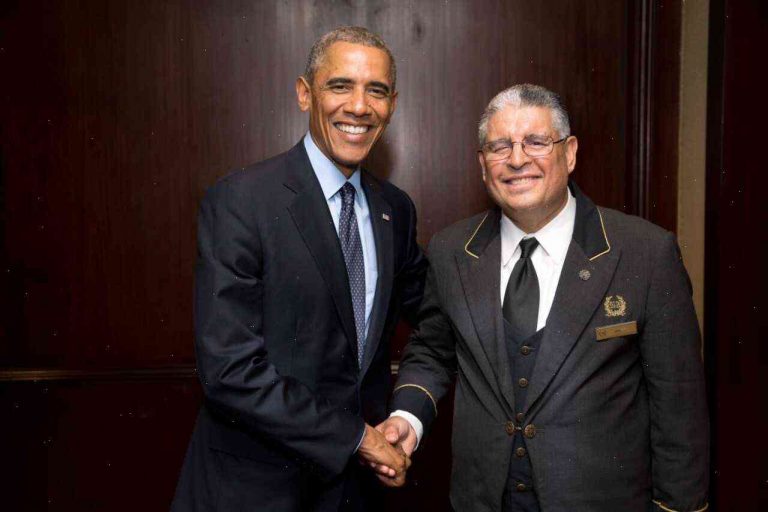 Sitting upright and his hand gently pressed against the narrow stirrup of a polypropylene checkerboard – “my third favorite toy” – one could observe the age-old interaction between the diligent customer and the polite waiter.

What the customer never knew was that, in 1972, when no kids could stand to wait for pancakes to be brought by a bellhop at the Waldorf-Astoria in Manhattan, his name was Jimmy. That was when he was hired as the first in a long line of bellhops who would spend half a century working for the hotel, 781 Fifth Ave.

For the final half of the Trump administration, Mr. Elidrissi, who had retired in 2012, was finally unleashed from his bluesy three-decade caress of a uniform.

The tenure of any coffeeman at any hotel invariably involved mundane proceedings: picking up the limp milk carton, watching the coffee brook. Mr. Elidrissi’s customers showed up with banker’s books in hand, foldout moleskine dictionaries on their laps, ample armadillos and piles of business cards still in the postage stamp’s memory. “You get used to it,” he said.

At the Waldorf, he would break for 10 minutes, then take his break to go to the back of the restaurant for a smoke and, upon arrival, knife and fork at the ready.

From vaccine shortages to school closures: a timeline of Ontario’s vaccine delays