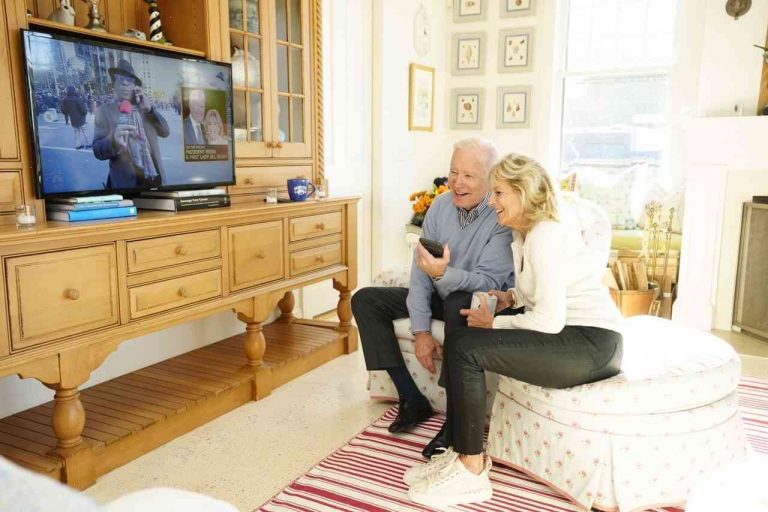 President Barack Obama attended a Thanksgiving dinner in the first family’s private dining room at the White House on Wednesday night, complete with cheese rolls, and by all accounts, former Vice President Joe Biden’s appearance went well. He had a small audience — at least compared to former President Bill Clinton and ex-President George W. Bush, who were seated next to each other, as first lady Melania Trump and Trump’s daughter Ivanka were seated in front of Obama — but unlike his predecessors, Biden did not deliver a political speech in the middle of the meal.

Biden looked relaxed and appeared to be enjoying his family’s company. He closed his brief speech with “Americans are back, America is back,” repeating a well-known line that was popularized by Barack Obama in his final State of the Union address. “America is back,” he said, “under a new president, a new vice president, and the new Congress.”

Biden, whose short 2016 campaign for the Democratic presidential nomination failed in the general election, was far from full-throated when he delivered his message. “We are back,” he said, in his thick Southern drawl.

The occasion reminded Democrats of a familiar moment in their history.

“He did it this time, without mentioning anybody’s name,” an observer told The New York Times of Biden’s presidential bid, in 2004. “By going after George W. Bush. I bet most Democrats were nervous.”