Welcome to the world’s first Washington blimp – from the archive, 5 February 1984

North Korea’s claim to be able to miniaturise nuclear warheads has worried Washington and could renew fears of war. The US defence secretary announced an inquiry into US cyber capabilities and the president hosted… 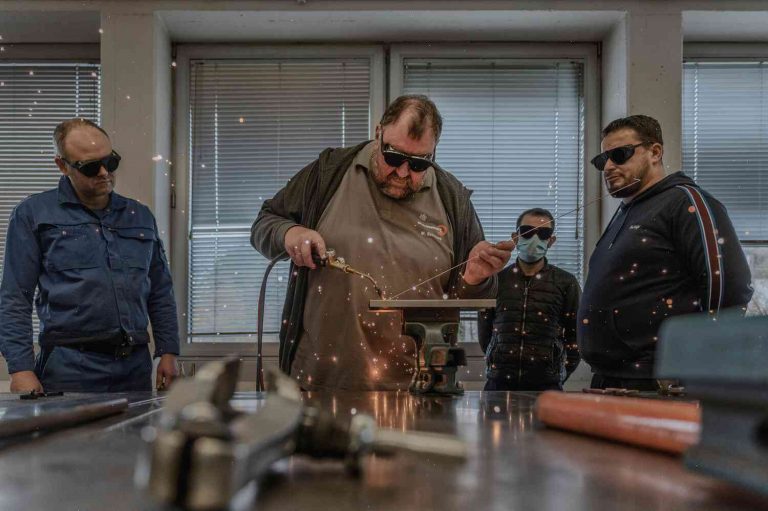 North Korea’s claim to be able to miniaturise nuclear warheads has worried Washington and could renew fears of war. The US defence secretary announced an inquiry into US cyber capabilities and the president hosted Putin on a highly anticipated summit in Washington. Also on the diplomatic front, Kuwait said it would execute a plan to boycott the Riyadh Summit later this month.

By his own admission, Trump has lost the trust of multiple members of his cabinet. The New York Times investigated, and concluded, that the president was “without a stable team” and that he carried out his duties in an erratic, impulsive, and mercurial manner, and that the White House has been governed by a cult-like devotion to the president rather than any institutional lines of authority.

In a State of the Union speech full of threats and promises, President Trump addressed the tensions between Saudi Arabia and Iran, accusing both countries of sponsoring terrorism. Trump’s allies in the Middle East were more than enthusiastic. Israel, Egypt, Jordan, and Saudi Arabia also greeted his speech with bipartisan approval.

Washington is scrambling to obtain information on events surrounding the mysterious death of the Saudi journalist Jamal Khashoggi, whose mutilated body was found inside the Saudi consulate in Istanbul. Turkish sources have also said that CCTV footage shows Saudi agents murdering the journalist. Khashoggi had written in a column for the Washington Post that he was being intimidated by Saudi Crown Prince Mohammed bin Salman and that he feared for his life.

Despite failed attempts to win support for his border wall proposal, Trump said his proposed border wall was “brand new money” for the wall and showed a proposal he claimed included Mexican, not US citizens, paying for the wall.

So I think the president’s not so boring. After all he is president of the United States. Or is he? He has to let it go. He has been so wrong for so long. How he can say the American people have done so well in life under his leadership in the face of scandals and defence cuts is frankly beyond me. But he believes himself. My boss, Rand Paul, said “He has reinvented himself a thousand times over and he will do so again”. Not true. He once said that Saddam Hussein was a US “designee”. That was absolute rubbish.