The federal government estimates that roughly 44,000 people die of drug overdoses every year, a number that continues to grow. A report from the Centers for Disease Control and Prevention released on Monday —… 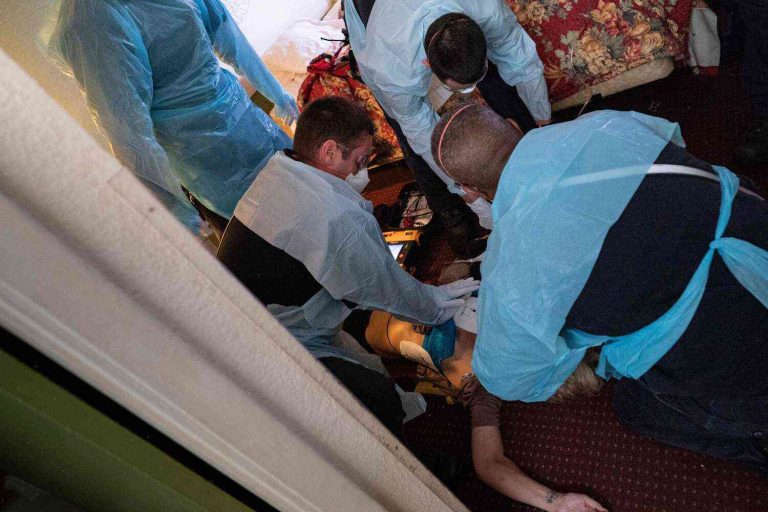 The federal government estimates that roughly 44,000 people die of drug overdoses every year, a number that continues to grow.

A report from the Centers for Disease Control and Prevention released on Monday — based on 2015 data — shows a spike in overdose deaths across the United States during 2016 and 2017, suggesting the epidemic is making progress.

Overdose deaths hit a record high of 64,000 in 2017, fueled largely by a surge in the number of deaths among men and by white people. Overall, overdoses also resulted in 2.9 million emergency room visits in 2016, with prescription opioid painkillers contributing about a quarter of those visits.

More than half of the 1.8 million Americans who died in 2016 from opioids also had a prior injury, the report found. Opioids include prescription pain relievers, heroin and synthetic versions, like fentanyl.

Drug overdoses claimed 44,000 lives in 2017, up 7 percent from 2016. Fentanyl, a powerful opioid 50 times more potent than heroin, were responsible for a large portion of the increase in deaths from prescription opioids — a condition known as “poly drug toxicity,” the report found.

The surge in overdoses coincides with the introduction of new opioids. Among the 70 new prescription opioid painkillers or synthetic opioids that hit the market between 2014 and 2017, 56 percent were fentanyl-related.

The report warns that these newly designed drugs “are believed to contribute to an increase in the number of patients presenting to emergency departments for drug toxicity.”

“Many of these patients are not provided with treatment to reverse their overdoses,” the CDC said in a press release.

While white people are still disproportionately represented among overdose deaths, men have taken the lead in the past year. In 2015, women were more likely to overdose than men. By 2017, that had reversed and both genders were equally at risk.

“Men continue to overdose more than women and die more frequently than women, but the gender disparities seen in 2015 do not exist in 2017,” the CDC said.

More than 10 percent of overdose deaths were among people 65 years or older.