The families who live in a predominantly Palestinian neighborhood in east Jerusalem have rejected a plan put forward by the Israeli municipality to relocate them to a section of the West Bank. The Israeli… 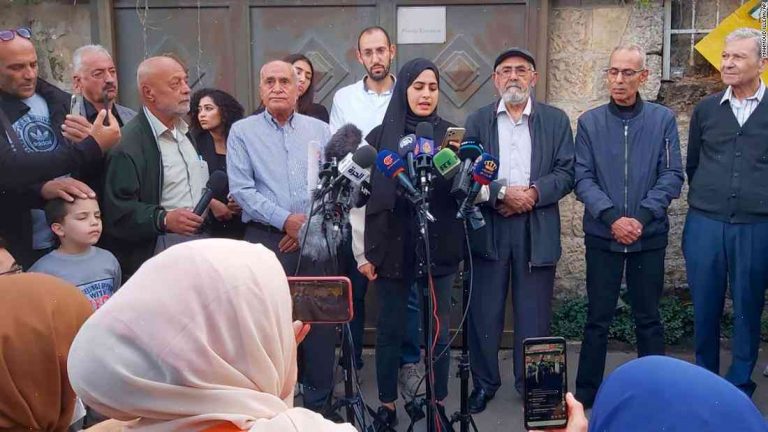 The families who live in a predominantly Palestinian neighborhood in east Jerusalem have rejected a plan put forward by the Israeli municipality to relocate them to a section of the West Bank.

The Israeli government also rejected the notion, reported local news site Ynet, which was made up of families who live near Jabel Mukaber. The area is slated to be demolished by the Israeli municipality and is currently considered part of occupied territory by the United Nations.

The Israeli high court, which had initially given the go-ahead to the relocation, will now hold a public hearing on Jan. 16. One of the conditions of that hearing is that the Jabel Mukaber residents will have access to lawyers and can present their case to the judges.

In the neighborhood of Jabel Mukaber, there are around 7,000 families, all of whom are descendants of Palestinians from the Nablus area of the West Bank who arrived to the east Jerusalem neighborhood in the last century. The majority of them live in approximately 30 apartment blocks that were built after the Israeli establishment annexed East Jerusalem following its 1948 victory in the war of independence. But according to Ynet, a structure located in the middle of the neighborhood was built illegally. Jabel Mukaber is far from being alone in facing such an illegal construction. According to the report, more than 40 Israeli settlements have been built on the West Bank.

The residents of Jabel Mukaber have also faced another challenge: the illegal eviction of more than 700 families who live on the West Bank borders with the al-Khalil, the region considered the “disputed territories” by both the government and the United Nations.

In a letter, Ynet reported, Jabel Mukaber residents said they had to wait 45 years before returning home. “Every time the military forces strike us, we come back home, and we learn that not only have they evicted us but also burned our house, destroyed our cars and broke all the doors, the windows and doors in our houses,” one of the families wrote, addressing the Israeli High Court. “This is a reality that has become extremely painful for us. You are fighting your legal battle and we are bringing one to you, asking you not to take away our homes. We appeal to you not to demolish our homes and also to provide us with the means and the chance to build our homes and live the life that we were expecting for so many years.”