Channel migrants are crossing the channel more often than they did during the summer of 2015. The latest statistics from Operation Gateway, the UK operation sharing responsibility for patrolling the approaches to the port… 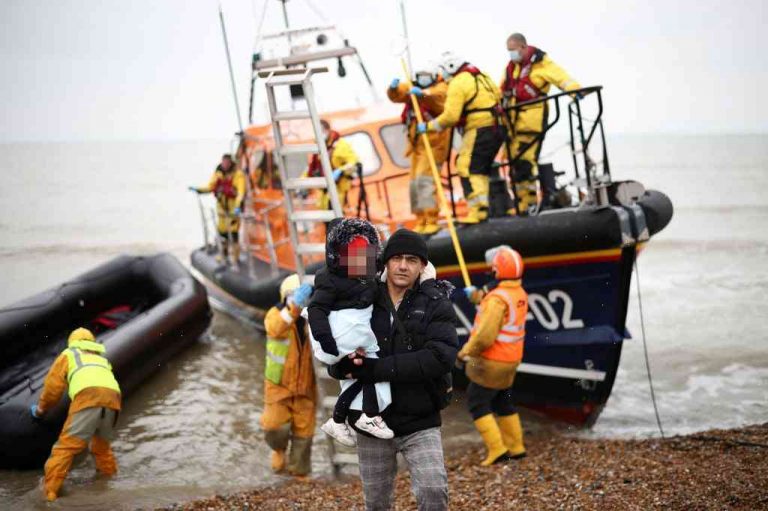 Channel migrants are crossing the channel more often than they did during the summer of 2015.

The latest statistics from Operation Gateway, the UK operation sharing responsibility for patrolling the approaches to the port of Dover, show there were more than 60 people trying to get to the UK every day between 16 April and 22 April.

More than half those were stopped after being intercepted by border guards at Dover on the Channel or in the English Channel. But more are succeeding.

On 22 April, 16 migrants were recovered in the Channel by a British Border Force cutter. Four others were intercepted along the Kent coast after they entered the UK after using a bypass to swim ashore on 18 April.

UK Border Force officers launched 40 separate search operations this month at sea. This is an all-time high. It compares with 45 operations carried out in the whole of April 2016.

Police have arrested four people this month on suspicion of attempting to smuggle people into the UK. This compares with no arrests between 2 April and 22 April last year.

Reports of cargo being sabotaged at sea by people smugglers to prevent their shipping being used to carry migrants in vessels also increased this month.

The Maritime and Coastguard Agency says there have been four reported incidents of people sabotaging shipping activity along the coast from Folkestone to Dover since 18 April.

The agency urges shipping companies to report this sort of activity and that of boats being used by people smugglers to carry migrants.

But Home Office minister Caroline Nokes made it clear this month that it would be up to the French authorities to decide whether to allow any people rescued by the RNLI in the English Channel to be brought to the UK.

Campaigners and relief agencies are calling on the French authorities to allow more people to come to the UK voluntarily by showing willingness to accept them.

Late last year, six people who were rescued in the English Channel made the news when they claimed asylum after the boat that brought them to Britain was not initially allowed in. The Home Office is examining the case of the six to see if any other potential asylum seekers could be set free.

The Home Office says it cannot intervene in individual asylum decisions made by the French authorities.

After meeting with government officials this month to discuss the issue, Penny Mordaunt, the UK minister for migration, said: “No matter how big a country, it is very hard to attract people who believe in the values we share. What we can do is show the [French] government that if they want to show that they care about their people, then they should take people who come to us because we would take people who come to them.”

In addition to sharing responsibility for patrolling the English Channel, the Home Office also has a role in providing border control along part of the Channel coast to ensure boats do not set off from France to cause harm to British shipping.

Officials say this action could include boarding boats coming from France in order to investigate attempts to smuggle people into the UK. But this is not currently being used.