The U.S. State Department on Thursday condemned Israel’s announcement of plans to build another 1,500 settler homes in the West Bank. The announcement was made during Vice President Mike Pence’s visit to Israel for… 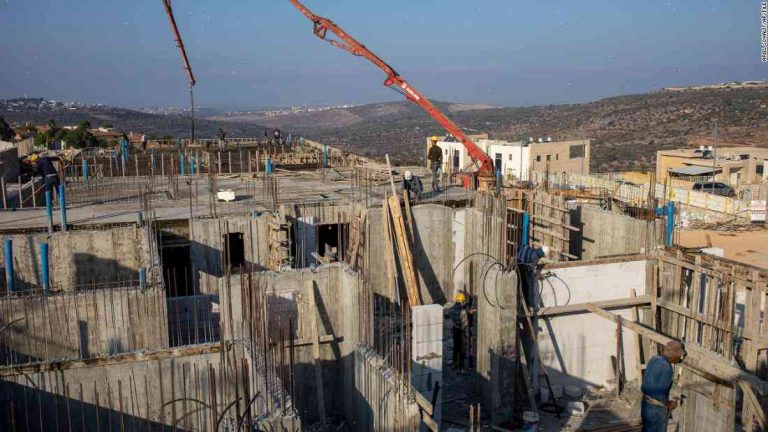 The U.S. State Department on Thursday condemned Israel’s announcement of plans to build another 1,500 settler homes in the West Bank.

The announcement was made during Vice President Mike Pence’s visit to Israel for the start of President Trump’s first trip to the region as president.

“We are dismayed by the Israeli Cabinet’s decision to advance plans for approximately 1,500 new settlement housing units in the E1 area,” the State Department said in a statement.

In one of the most provocative measures to date to advance the expansion of West Bank settlements, the cabinet voted on Thursday to advance plans for 1,600 new settler homes to be built on 60 acres of land near Jerusalem. This is the largest settlement expansion to be approved by the Israeli government in years.

The U.S. has long insisted that it would adhere to the 2016 UN Security Council resolution, which demanded that Israel halt settlement expansion, but U.S. ambassador to the UN Nikki Haley has made conflicting statements regarding the next steps.

The European Union’s foreign policy chief, Federica Mogherini, and the EU’s council president, Donald Tusk, said on Friday that the EU was “deeply disturbed” by the decision.

“We regret this decision, which appears to prejudge the outcome of negotiations on a final status agreement and jeopardizes prospects for a two-state solution,” they said in a joint statement.

The Council of Europe called on the Israeli parliament to review the move.

“Any negative spiral resulting from this new policy will undermine efforts to move forward on peace negotiations between Israel and the Palestinians,” the organization said in a statement.

The decision to advance the plan came on the day Mr. Trump arrived in Israel for a visit to the region in the midst of the most sensitive period of his tenure. Two weeks ago, on his first trip abroad as president, Mr. Trump announced that Israel had the right to build the West Bank wall, angering Palestinians.

In addition to President Trump’s stop in Israel, the president is to visit Saudi Arabia and travel to the United Arab Emirates and Egypt during his four-day trip.

Trump making a divisive trip to Israel, and confronting some big challenges

The 4 Cs: What your career style reveals about you