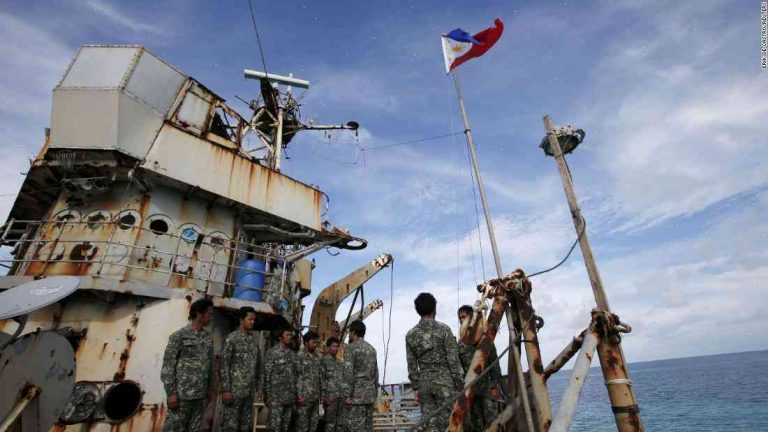 Military says the helicopter and five small vessels will operate along the the Scarborough Shoal, near the Philippines

The Philippines is set to resume a resupply mission to its South China Sea archipelago this week after a two-year suspension sparked by skirmishes with Chinese vessels that occurred just off the disputed Scarborough Shoal.

The military said the helicopters and five small vessels would operate along the shoal, roughly 160 miles (260km) off Luzon island, located near the Philippines, and the nearby Mischief Reef.

This week’s operations are part of a resumption of a 12-month mission to resupply a Philippine military outpost on Second Thomas Shoal, but the resumption will not have a direct effect on territorial disputes between the Philippines and China.

It will also add to tensions amid concern about whether China is on the verge of declaring an air defence identification zone (ADIZ) in the area.

The Philippines suspended its resupply mission as tensions increased with China in the region over fishing and oil exploration. After months of stalemate, Manila filed a case at an international arbitration tribunal last year, arguing that Beijing’s claim to most of the South China Sea infringed on Philippine sovereign rights.

In November the tribunal ruled that China has no historic title over the South China Sea. Beijing is appealing against the ruling.