Venezuela has long been a political, economic and cultural rollercoaster. In a few short days, under the shadow of an increasingly authoritarian government, it has taken another giant leap into the abyss. After a… 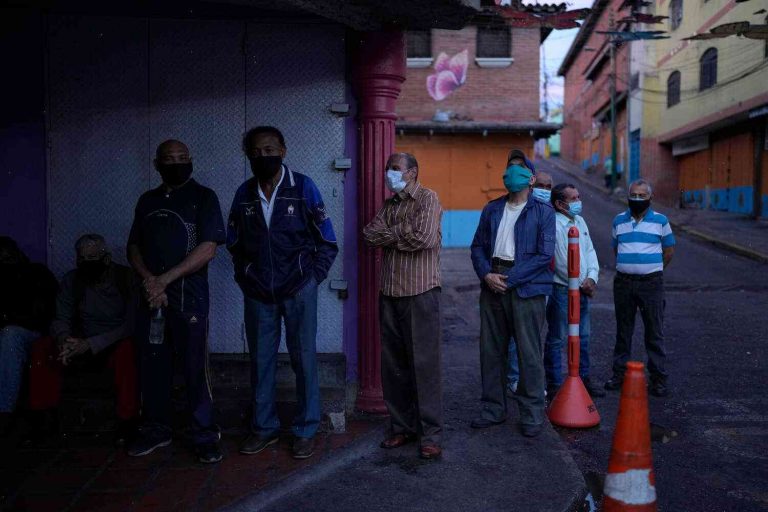 Venezuela has long been a political, economic and cultural rollercoaster. In a few short days, under the shadow of an increasingly authoritarian government, it has taken another giant leap into the abyss.

After a vote marred by fraud allegations, opposition supporters staged days of protests, mostly peaceful, to try to prevent President Nicolás Maduro from winning another term. But chaos ensued. Nine people were killed in recent days in a series of shootings and clashes. People were killed in their homes and on the streets.

And on Wednesday, as thousands of opposition supporters in several cities and towns tried to march to a ceremony to commemorate the 100th anniversary of the assassination of Venezuela’s former President Luis Maduro, a car bomb exploded killing 10 people and injuring many more.

Maduro took the extraordinary step of declaring himself president for another six-year term at 5pm on Thursday, calling the protests the result of “deep-rooted dirty work … orchestrated by political enemies, economic enemies and the people’s adversaries”. “The time of power-hungry, selfish men has come to an end,” he declared.

Many Venezuelan elections, mainly on voter turnout, have never been seen as legitimate. The following are some common complaints:

One main, though not always sufficient, condition is that the opposition must actually have something to stand for. (Venezuelans may be obliged to vote for a clearly pro-opposition candidate.) As a rule, political parties that carry a right-of-center line and don’t call the shots in Venezuela have not stood a chance. (The former opposition leader Henrique Capriles, for example, won the country’s last presidential vote, in 2013, but was removed from the ballot because of an absentee voter registration errors.)

But Venezuela’s history has also been marked by turmoil as voting has taken place on the backs of opponents without much standing to criticize the outcome. The pre-2010 elections, for example, took place with no evidence of vote fraud, though the opposition was kept out of the process. Turnout also dropped below 50% at several election moments, including in the 1999 election that brought Hugo Chávez to power.

But voter fraud has often been seen as a less frightening way to influence politics than an ideology. Maduro, a leader of the hard-left Chavista movement that first took power under Chávez’s charismatic leadership in 1999, certainly had no ideology when he suddenly threw his hat into the ring again in 2013.

Then too, he gained wide support among poor Venezuelans who had long suffered under a socialist economic system that was economically ruinous and authoritarian.

Three years later, to continue the drama, Maduro ran again against Henrique Capriles. It was his third attempt. The result again would have made Chávez’s man rich, his opponents say, while killing off a potential opposition leader. And in fact, shortly after Maduro’s announcement, Capriles pledged to form a new political party and “pursue the struggle for freedom”.

Sonia Rodriguez, the country’s main opposition leader, has made use of these tools – attacking the government in the United States – to bring opposition activists around to the idea that they also have a basic right to attend and participate in elections. She has done this, as well as talking to media, by citing far-right governments in Spain and Peru, who have proven some sort of legitimacy.

How does it feel, then, for an opposition facing direct state violence from its own government, to organise peaceful protests to say they won’t support the results? The same question might be asked for those cheering the brutal crackdown, or the decision by Maduro to declared himself president. Is it true democracy?

This article originally appeared on Time.com